One Person, One Vote: Nick Seabrook and Rep. Ben Diamond at Tombolo Books 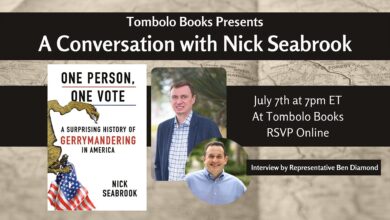 A redistricting crisis is now upon us. This surprising, compelling book tells the history of how we got to this moment…

Nick Seabrook, an authority on constitutional and election law and an expert on gerrymandering joins Representative of Florida’s 68th District Ben Diamond at Tombolo Books for incredibly timely conversation about Seabrook’s new historical and political study, One Person, One Vote: A Surprising History of Gerrymandering in America.

One Person, One Vote explores the rise of the most partisan gerry­manders in American history, put in place by the Republican Party after the 2010 census. We see how the battle has shifted to the states via REDMAP—the GOP’s successful strategy to control state governments and rig the results of state legislative and congressional elections over the past decade. Seabrook makes clear that a vast new redistricting is already here, and that to safeguard our republic, action is needed before it is too late.

Nick Seabrook is a professor in the department of political science and public administration at the University of North Florida. The author of Drawing the Lines: Constraints on Gerrymandering in U.S. Politics, he lives in Jacksonville, Florida.

Ben Diamond serves in the Florida House of Representatives, where he has been recognized as a leader in the Florida House Democratic Caucus. Ben was first elected to the Florida Legislature in November 2016, winning a swing seat that includes the City of St. Petersburg. Born and raised in Pinellas County, Ben learned at an early age the importance of community and public service from his parents and grandparents. After graduating from law school, Ben sought out opportunities to serve others and to make a difference in our community and state. As general counsel to Florida’s former Chief Financial Officer Alex Sink, Ben advised Florida’s CFO in navigating the state’s response to the Great Recession, and in responding to the BP Deepwater Horizon oil disaster. As a member of the Florida House, Ben quickly built a reputation as a champion for our values, while seeking ways to work across the aisle to try to find real solutions to the issues important to Florida’s future. 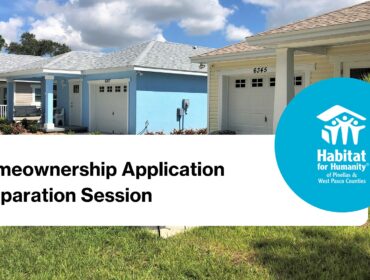 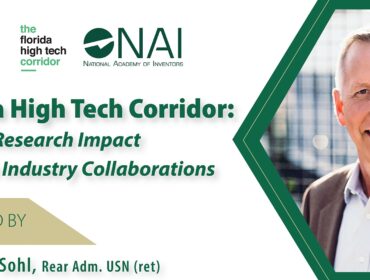 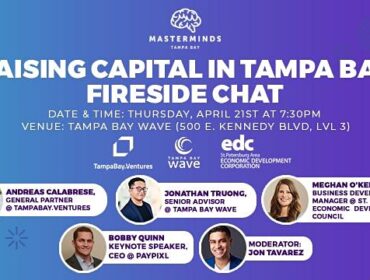